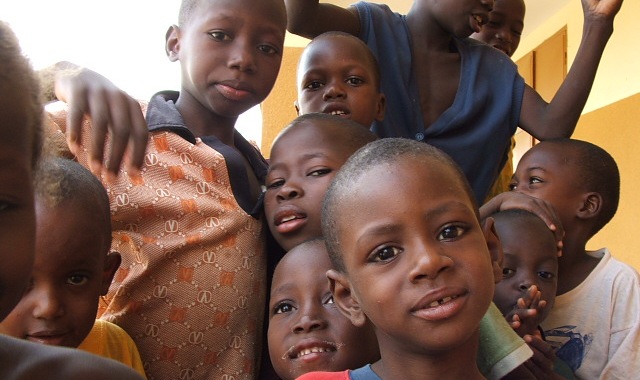 “If anyone thinks he is religious without controlling his tongue, his religion is useless and he deceives himself. Pure and undefiled religion before God the Father is this: to look after orphans and widows in their distress and to keep oneself unstained from the world.”‬‬ (CSB – Read the chapter)

So, last time, we started out by spending some time looking at our culture’s struggles with the idea of religion. I told you that one of the common self-distinctions people often make when it comes to religious identity is that they are “spiritual, not religious” (SNR). People claim this identity because although they have been trained by either personal or impersonal experience or both to think poorly of religion, they don’t consider themselves secular or even merely agnostic. They just don’t like religion. For professed Christians who would claim this identity this is a real problem because they can’t grow well without the church and the church is a form of religion. As I asked before: What do we do with this?

Well, we ask this question: What’s so wrong with religion in the minds of so many that’s causing this all to play out the way it is? That seems to be the real issue, doesn’t it? Religion has a bad name. Why? Because it’s worked really hard for one, that’s why.

Surprised I’d say that? It’s true. Well, the work may not have been done intentionally, but people and institutions (which are just groups of people all acting together) bearing the distinction of religion have done a whole lot of things over the years ranging from stupid to awful to criminal to downright evil. It’s no wonder so many people in so many parts of the world have developed such antipathy toward the idea of religion.

Do we need to make a list? In the Middle Ages the Church would sell “indulgences,” which were a little like “get out of Hell free cards.” Or maybe “get a loved one out of Purgatory cards.” Either way, they were a cynical, wildly unscriptural, way to play on the hearts and minds of a superstitious and deeply religious population in order to raise money. The practice split the church in half. The main body would soon go to actual war against the other. And, although the wars were really about the loss of territory, income for the state, and political power, the banner issue was religion, and many of those doing the waging were convinced their cause was first religious and because of that righteous. These went on for multiple generations.

In the 19th century American south, some of the most eloquent and creative theologies ever written were devised by religious men and women to justify the owning of black men and women by white ones. This gave moral coverage to one of the most grievous moral corruptions in our history.

In the last 30 years, mostly men, driven by a deeply held sense of religion, have made it an intentional goal to kill as many people as they can—mostly by blowing themselves up—because they don’t hold to the exact same religious beliefs and practices they have.

In the last 5 years, we have learned that at least two and probably more major religious traditions have for years provided coverage to leaders who sexually abused thousands of children and teenagers and vulnerable women.

We could keep going like this for a very long time. Of course people have problems with religion. Of course they claim to be spiritual, not religious. We can talk about the fact that not all religion is the same, but such arguments usually fall on deaf ears. When a bomb has exploded in someone’s life, trying to explain the finer distinctions dividing the people who set it off from one another isn’t likely to be very successful. Religion just isn’t supposed to be like that and if it is, we don’t want it.

Do you know who would agree with that sentiment? James. The James who was Jesus’ brother. The James who spent and ultimately gave his life to proclaim the message that his brother was the Messiah who came to save the world from the power of sin, the likes of which has been worked out through the gears of religion since it was first invented.

These two verses are his banner statement on the matter. Listen to this again: “If anyone thinks he is religious without controlling his tongue, his religion is useless and he deceives himself.” Religion should do something helpful and positive in your life and the lives of the people around you. If it doesn’t, it’s a waste of time. It’s a grand self-deception. It’s a sham. If your religion can’t even help you control your tongue, what’s the use of it?

It often doesn’t do even that and so it has a bad name. People don’t really even know what religion is in the first place, they just know they don’t like it. All religion is at its most basic level is a word to describe human attempts to reach out to and interact with the divine. We have always had a sense that there is a power in this world higher than us and religion is how we try to engage with that power. Usually, over time, these attempts at engagement get more formalized or organized (thus the phrase “organized religion”), but this is only because certain things seems to allow these attempts to be more successful and so we concentrate on doing those things better.

But, the nature of a particular religious tradition, depends on the character and identity of the god being sought. Not all gods are the same. Some religious traditions have developed in ways that more quickly give rise to the word’s modern connotations than others because the god being worshiped isn’t good. For far too many, they are really worshiping themselves under the guise of worshiping another god (too often the Christian God), which serves to unfairly sully the name of the god they profess to serve and the name of religion more generally. When religion becomes institutionalized, the power structure that naturally gets created attracts folks who are themselves attracted to power and not necessarily the god that religion was designed to seek. This causes the same kinds of problems.

Now, I can’t speak for religions other than the Christian religion except by observation. My observations are that they have some truly fatal flaws, but then, their religious leaders think the same thing about me and mine. What I can do, however, is lay out what the Christian religion—when it is done right—is supposed to look like because of the character of the God it is designed to serve, the God revealed in the pages of Scripture.

I understand, then, the motivation for claiming to be spiritual, not religious. It’s not terribly honest because we are an incorrigibly religious people, and if we aren’t involved in one religion, we’ll get involved in another. This is the reason the various faces of modern secularism are starting to look more and more like a religion in the kinds of claims they make and demands they have for their adherents. But I understand it. The solution to this is not throwing religion away, it is to get it right. It is to pursue the path James lays out for us here. We are all ultimately religious people. Let’s make sure our religion is connecting us with the God who is worthy of our devotion and advancing His character and plans into the world around us.